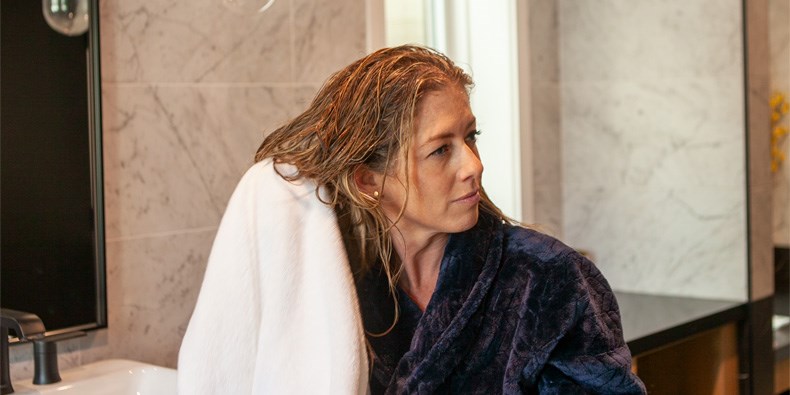 A water softening system transforms hard water into soft water which protects your home, many of the things in it and you from the harmful effects of hard water. How it works is somewhat simple. Hard water enters a water softener, and when it exits the softener, the water is soft.

Traditional water softeners use a process called ion exchange to remove hardness minerals in the water. A water softener contains a resin bed where resin beads are charged with sodium ions. The ion exchange process occurs when hard water comes in contact with the resin, and the hardness ions in the water are exchanged for soft, sodium ions, which makes the hard water soft. Soft water is better for your water pipes and appliances, and eliminates problems like scale buildup, bathtub ring and hard water spots.

How does an electric water softener work?

How does a non-electric water softener work?

Since electric softeners use a timer to regenerate, a predetermined regeneration time is established, which may or may not be when the water softener needs to regenerate. Unless you use the same amount of water every day, it could regenerate too early or too late. A non-electric water softener regenerates after the system reaches its softening capacity, so it regenerates only when it needs to. This eliminates water waste, saves you money on your water bill if you have city water, and ensures you won’t have hard water breakthrough.

Many water softeners using electricity only have one tank, so when the water softener regenerates, only untreated water is available to use. To eliminate this possibility, the electric timer is set to regenerate during off-hours when people are least likely to use water, but before the resin bed in the softener is likely to be exhausted. The catch is, this method does not account for unexpected increases in soft water usage or using less water than normal. If you have guests or water usage spikes, you may run out of soft water, or waste water and salt regenerating before it is needed.

The most obvious challenge is the electric components are more likely to break down, particularly when they are near water or in damp environments.

All things considered, many people find non-electric water softeners to be the best option.

Kinetico water softeners have two tanks joined by a single module that automatically regulates the functions of the water softener, including switching from one tank to the other when required. With Kinetico water softeners, adjustments aren’t necessary when overnight guests visit or you go on vacation. A meter measures the volume of clean soft water as it flows through a non-corrosive internal control mechanism. 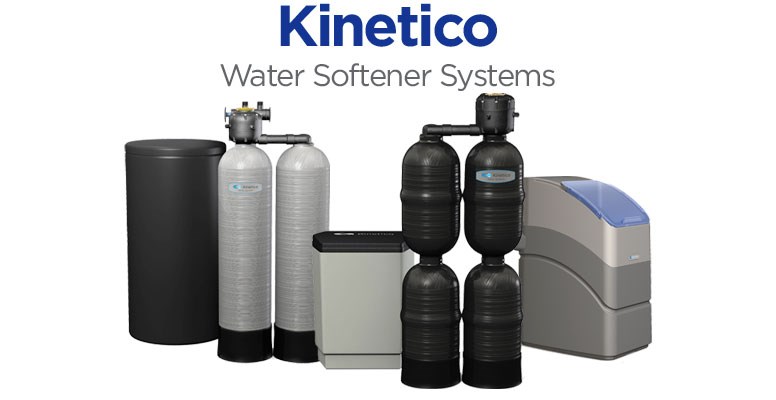 The use of two tanks means Kinetico water softeners can regenerate using soft, clean water which is better than using hard water to regenerate, as most other systems do. The system also employs a counter-current regeneration process which is more salt and water efficient and more effective too. Plus, with two tanks, when one tank needs to regenerate, service switches to the other, so there is no “downtime” when soft, conditioned water is unavailable.

There is no risk of an electric shock either since Kinetico water softeners do not use electricity. Clocks, computers, electric valves, guest cycles, reset buttons, and vacation by-passes are unnecessary with Kinetico water systems too. Upkeep is reduced to the simple task of maintaining the salt in the brine drum. Kinetico makes having an unlimited supply of soft water, all the time, so easy without worry or waste.

Ready to improve your life with a non-electric water softener from Kinetico? Contact your local Kinetico dealer to schedule a water test today.

Schedule a Water Test With Your Local Kinetico Dealer

How Does A Water Softener Work?

Water Softening - Is It The Solution For You?

What Is Hardness In Water?